When you book with an account, you will be able to track your payment status, track the confirmation and you can also rate the tour after you finished the tour.
Sign Up
2512

One of sailing’s most classic and prestigious events, Fastnet is known as one of the most demanding off shore races to be held in British waters. Taking place every two years, it pits the best racing sailors against each other in some of the trickiest sailing conditions imaginable.

First conceived way back in 1925 as a 608 nm challenge ending in Plymouth, 2021 will see the end point of the race move to Cherbourg, France, bringing this testing course up to nearly 700 nautical miles and the first major change to the course for nearly 100 years.

Seen by many veterans as a number of smaller races encompassed by one big race it has played a large role in the growth of offshore racing and it certainly will put all of your skills to the test.

Starting from Cowes on the Isle of Wight, around 300 boats pass the Needles, heading along the southern coast of England towards the Lizard then around the tip of Land’s End. From there it’s north through Celtic Sea waters towards the Fastnet Rock on the southern tip of Ireland. Once around the Rock, it’s back south wards, round the Scilly Isles then south east across the English Channel towards Cherbourg. During this time, sailors can face strong tidal flows, Traffic Separation Schemes and changeable weather, from gales to light winds, in their bid to win the race. Be prepared for anything, as this race will generally throw it all at you!

Joining the Fastnet race normally requires entering several other qualifying races over several weekends. However, we are now able to offer a condensed campaign starting on the 1st of August for approximately 2 weeks.

Crew will join the boat in Hamble, UK for last minute training and prepping the boat before the race.

There are two options for disembarking: either crew can leave in Cherbourg after the race and celebrations, or they can sail the boat back to Hamble and alight there.

Starting on the 1st of August we will start our intensive training programme which includes a full safety briefing, over 300 miles of offshore racing and significant hands on training

TBC August 2023 is the official start.

With a 9000 start, you will be learning the ropes, over the two days you will get to know the boat and crew and start working as a team.

We recommend you arrive the day/night before, option to stay onboard overnight will be covid dependant

With a 9000 start, this will be a time to refine and improve your skills and the team, having covered the basics of upwind beating and reaching we now change our focus to spinnakers (weather dependent)

Our goal is to sail under race conditions from Hamble to Eddystone rocks, back to Cherbourg and return to Hamble, this allows us to practice on much of the racecourse that the Fastnet course follows and avoids going into France and any quarantine regulations that may trigger.

An opportunity to work on the boat and get some much-needed rest, debrief and consider changes that need to be made to our playbook and boat setup.

We’ll spend the day on the water putting into action the tweaks discussed the day before. With the race less than 24 hours away this will be a short day to practice a few set maneuvers and socialise with the team before getting an early night. 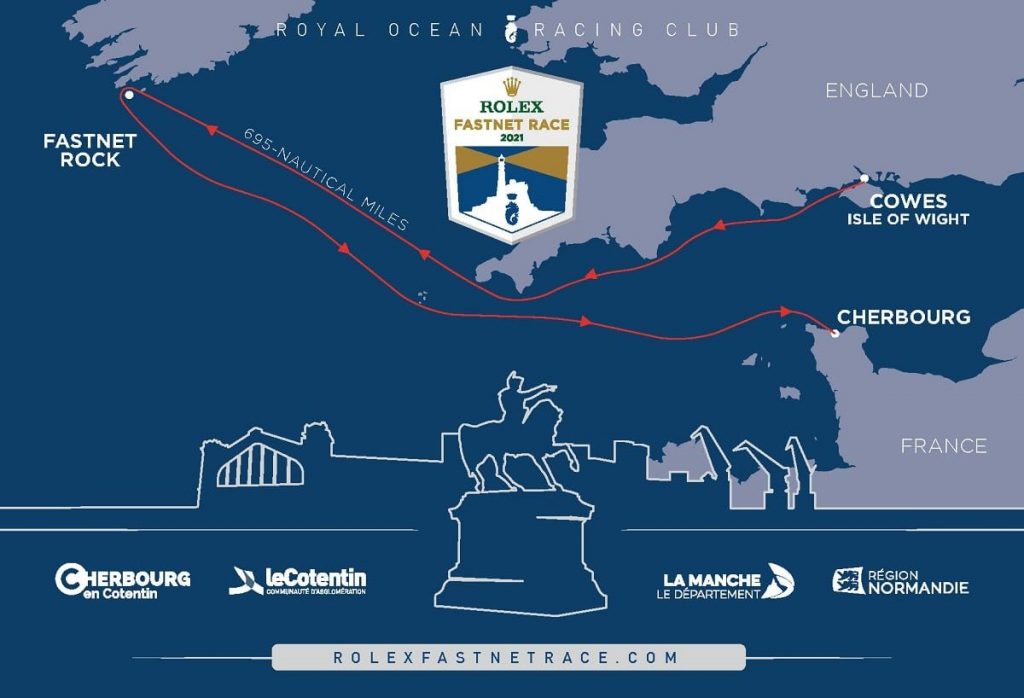 RORC Round Britain and Ireland Race 2022