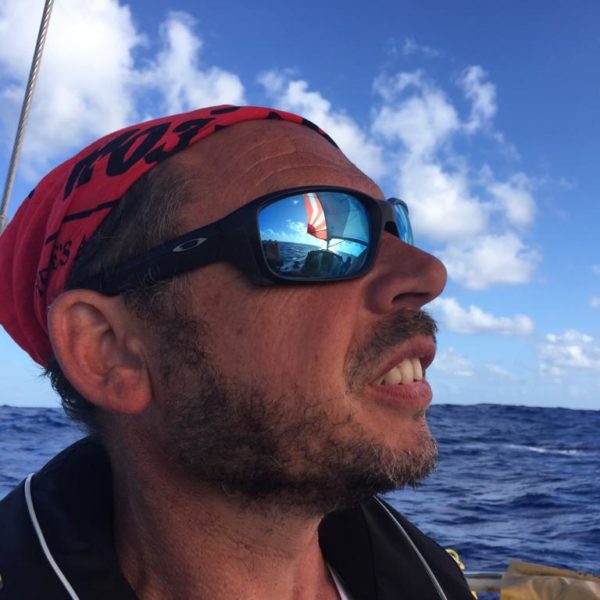 Andy is a Yachtmaster Offshore and Cruising Instructor. He has been sailing since he was seven years old, starting on Mirror and Topper dinghies at the Warsash Sailing Club, then crewing on Hornet dinghies and the family cruiser. He was in the National Youth Squad sailing 420s for a number of years.

In 2004 and for the subsequent four years, Andy started taking part in double-handed offshore races, racing any type of boat from Mini 650s to Dehler 39s in a variety of races including the Mini-Fastnet, Demi-Cle and Triangle. He also raced with fully crewed offshore teams and has completed several Fastnet campaigns as well as other RORC and JOG races.

He skippered his own First 45 during three Cowes Weeks, and other yachts for sailing schools. He is a keen race skipper and has taken part in various one-day regattas for a number of yachting companies. In 2018 he skippered the First 40.7 “Escapado” transatlantic as part of ARC for Sail Racing Academy.

Currently, Andy spends a large part of his time as a freelance skipper and instructor. He has a reputation for being incredibly calm and patient (also during racing) and he believes in mutual respect and support.

His motto is “there is no such thing as a silly question”.

He still sails his RS800 and has recently taken up falling off surfboards.